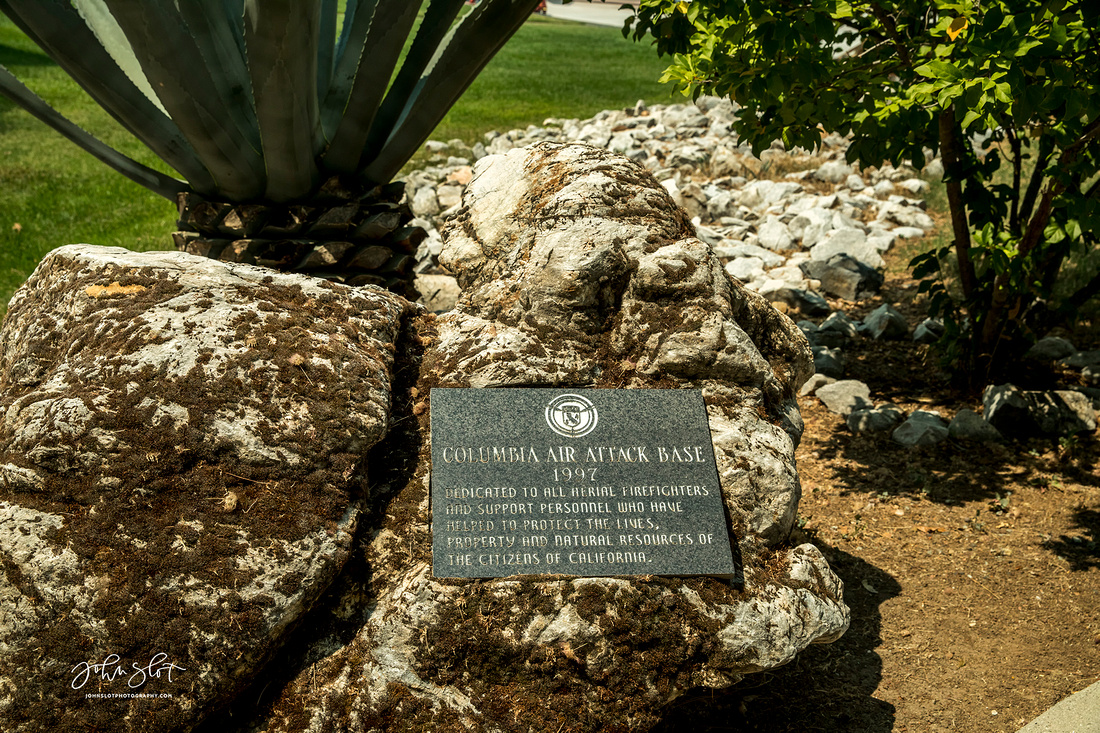 The high pitch click of the mic gets everyone's attention as it sends instructions over the loud speaker. Strike Team needed, car fire reported in Jenny Lind, vegetation fire imminent.

6 CAL FIRE Helitac members meet in the Heli Hanger to dress in their NOMEX,  grab a fresh radio and load onto the waiting Helicopter 404. The team is secure as the blades whip into a synchronized frenzy, about to lift off, taking the team and dropping them at the incident in the fastest most efficient way possible. Mic click, the abort mission signal comes through. " Local responders secured the scene, no further assistance needed." 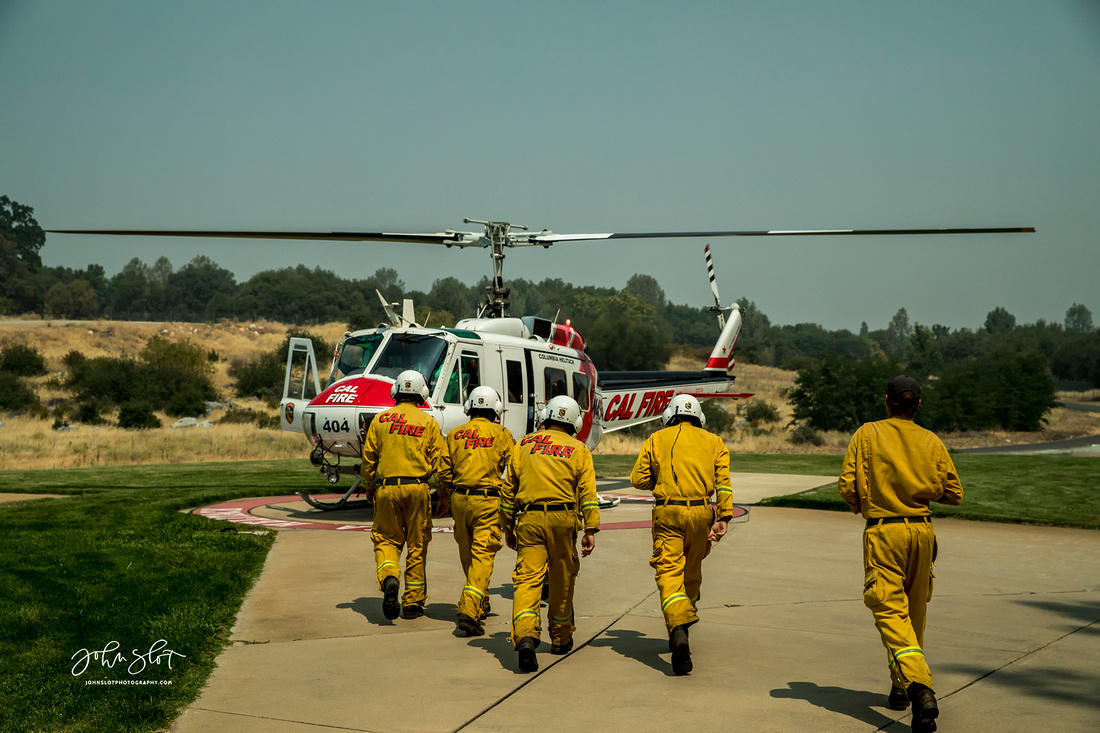 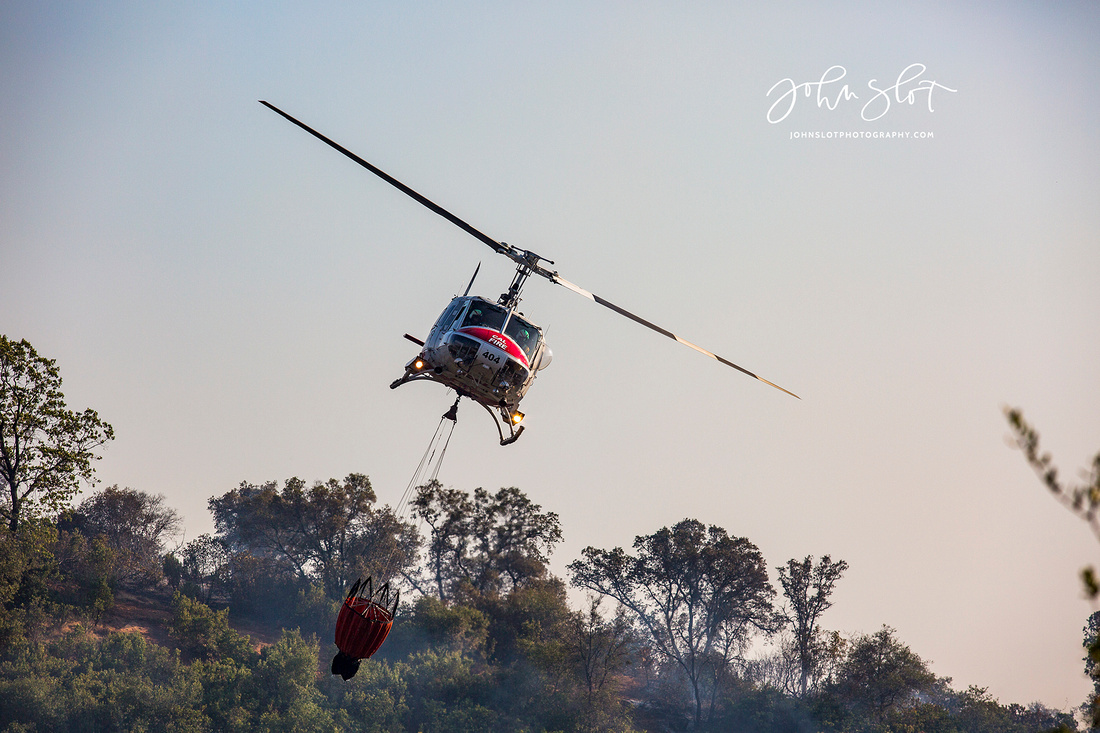 So goes the life at the base, training and waiting, to be given a moments notice to be in the air and on the front lines, or to fight the beast from the sky. Day-to-day it takes 10 personnel to staff the helicopter, One pilot, two captains, six firefighters and one engineer to drive the fuel tender. It takes a crew of 22 to staff it seven days a week. The fixed wing aircraft have a crew of 10-12. 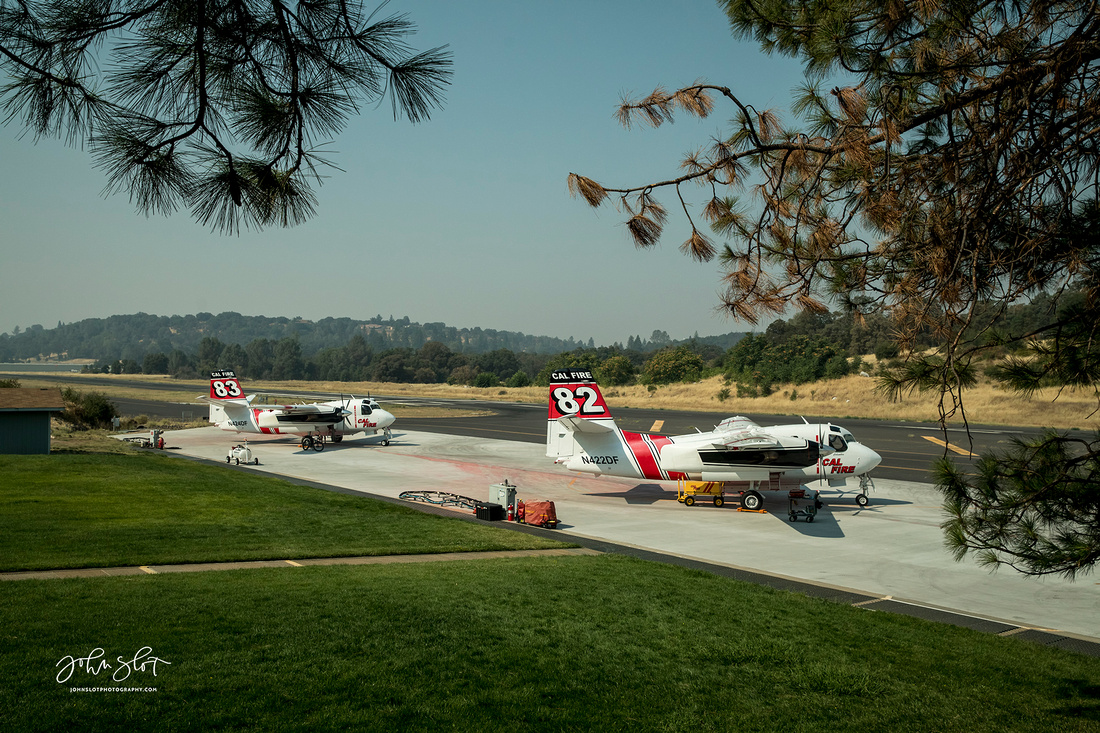 The base consists of 1 Helicopter 404, 1 OV-10 Bronco spotter plane and 2 S-2-T tankers; the 82 and 83 planes. All of us in the foothills have seen this equipment perform extraordinary tasks by extraordinary men and women. Columbia is only 1 of 2 CAL FIRE Attack Bases that supports both Helicopter and Tanker Attack operations. The schedule during fire season is grueling, with as many as 150 calls per season. C.A.A.B. is truly a fine tuned and trained machine, with every support person knowing and doing exactly what it takes to keep these aircraft and personnel operational to their elevated ability.

The high pitch click sounds starting the process in motion again. This time, it’s a call for Tanker support to the Donnell Fire. The smoke ceiling has finally lifted so planes can be operational. Watching it all come together reminded me of the finest NASCAR pit crews tending to the needs of their team. 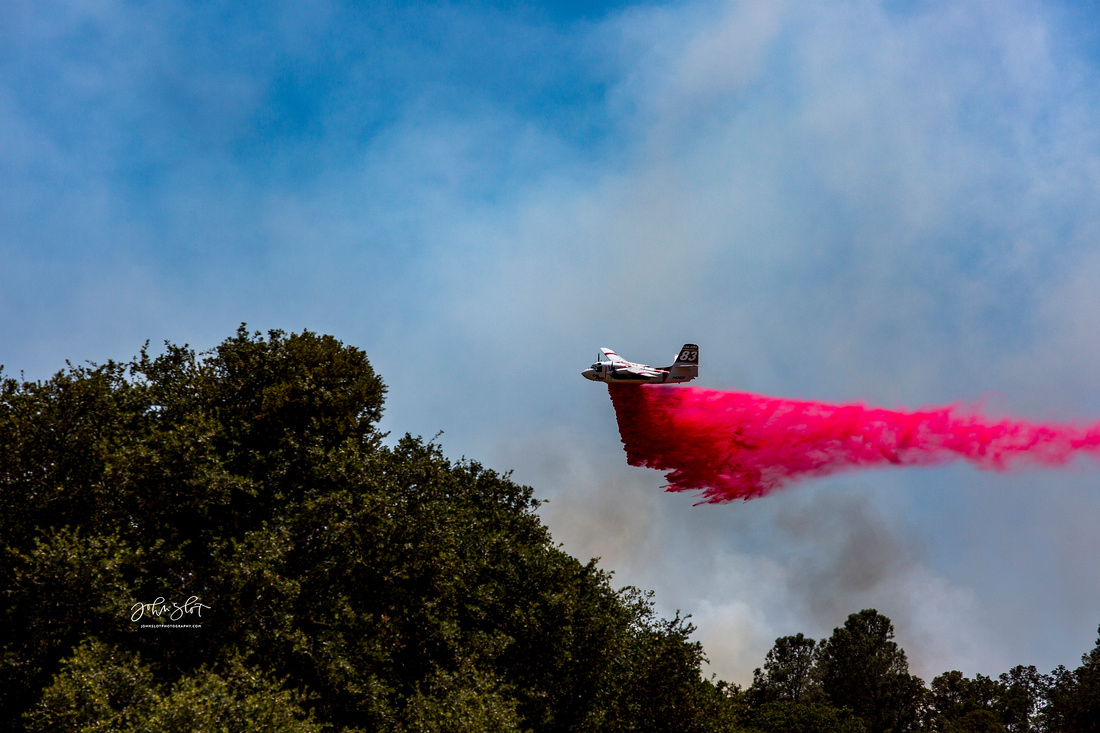 High above the runway, mostly unnoticed by passerby, sits a small tank farm; the life blood of fighting these massive California fires. The tank farm is where Phos-Chek retardant is delivered by semi-truck at 40,000 pounds per truck. The retardant is unloaded by air pressure into a waiting vat. From there, it is syphoned into a blending tank mixing it with water to give us the proper mix for the Tankers to lay on the fire lines, then moved to one of the storage tanks where it waits to be loaded into the belly of the planes. The capacity of the Tanks are 76,000 gallons of storage and during a busy day can pump up to 120,000 gallons per work day. Each S-2 Tanker can hold up to 1200 gallons with most loaded at 1000 gallons per trip. At around $3.63 per gallon you can understand where our tax dollars are spent each fire season. At the tank farm you work hard, sweat a lot and go home pink. They have pride in knowing they are part of a team that is very important to a lot of people. 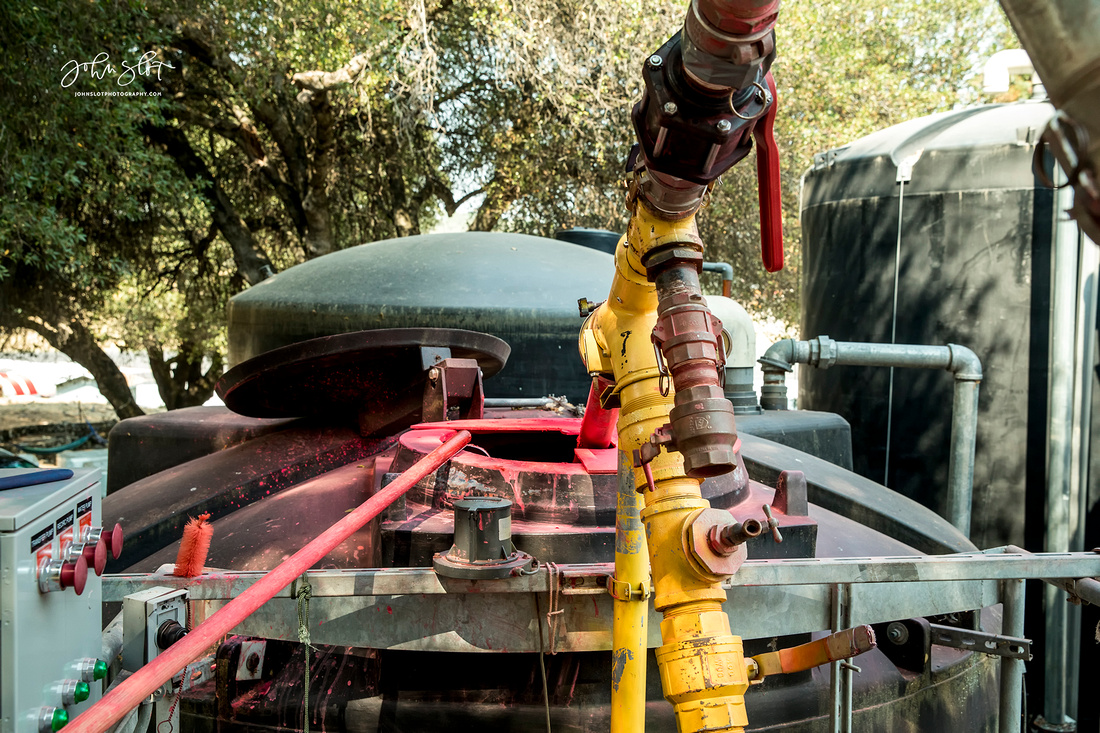 On this day four S-2 Tankers were rotating like clockwork to the Donnell Fire. One goes up, one lands, and the rotation continues until day turns to night or any other reason to ground the flights occurs.  The ground crew works non-stop, relishing in their precision to fill a tanker and get it back up in the air with in 3 minutes. It is amazing to watch. 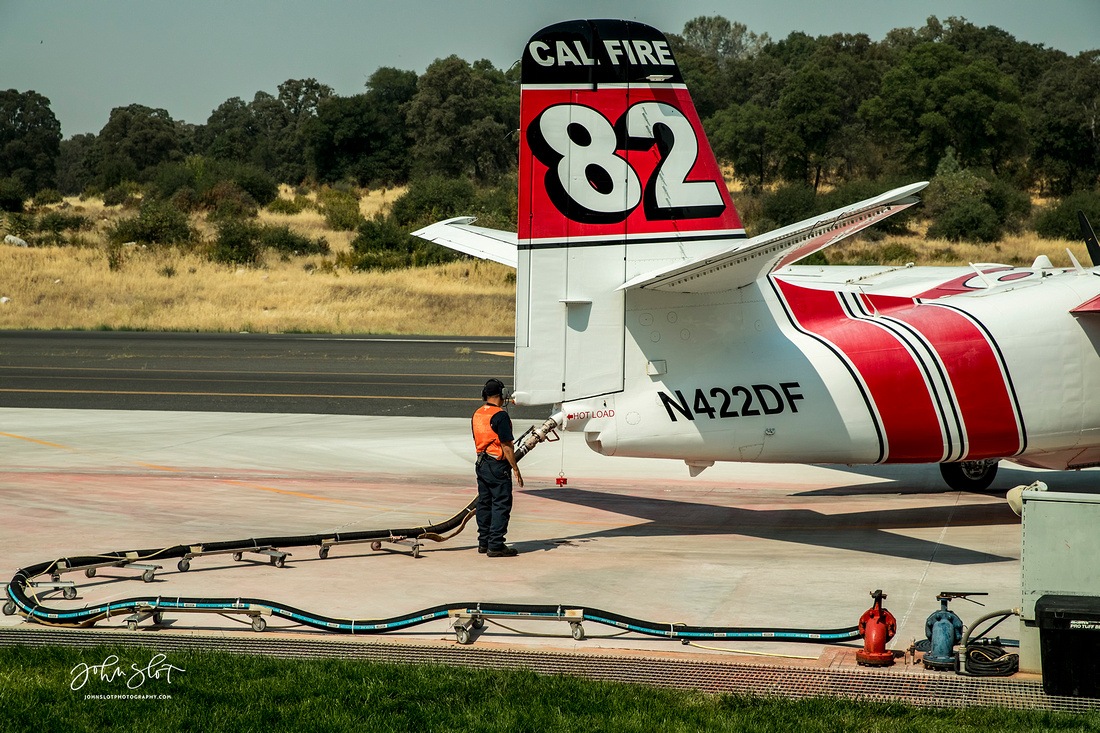 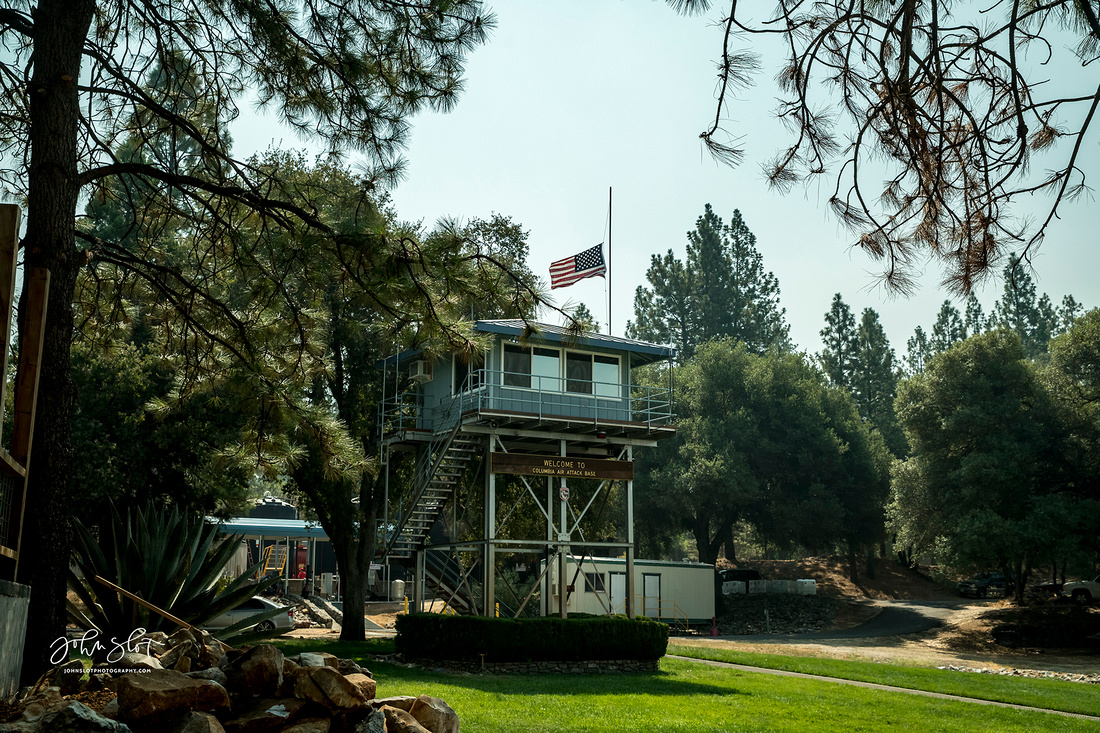 I may not be the best person to write an article like this due to my bias. I must confess that I am a fan of CAL FIRE personnel and all first responders. I love the fly boys/gals, the strikers, pilots.  I have found there is so much more we don’t see. I now have admiration and respect for the guys and gals busting their butts in 100 dg.+ heat in the tank farm mixing and pumping to get these planes in the air delivering their product to save our homes, our ranches our forests; and the team members fueling, loading the retardant on the tarmac and even tossing a couple of cold waters thru the window to thirsty pilots; and the person in the Control Tower monitoring the AIMS “Aviation Incident Management System”: the eyes and ears of the sky.  They all bring this little city to life. They all are part of the team. As one pilot told me, “I get thanked a lot by folks I meet. When I say your welcome it comes from all of us.”

Now we all know just a bit more. Thank you for the invite to visit, the friendship and all you do. And it was an honor seeing one of my pictures hanging in the flight room. 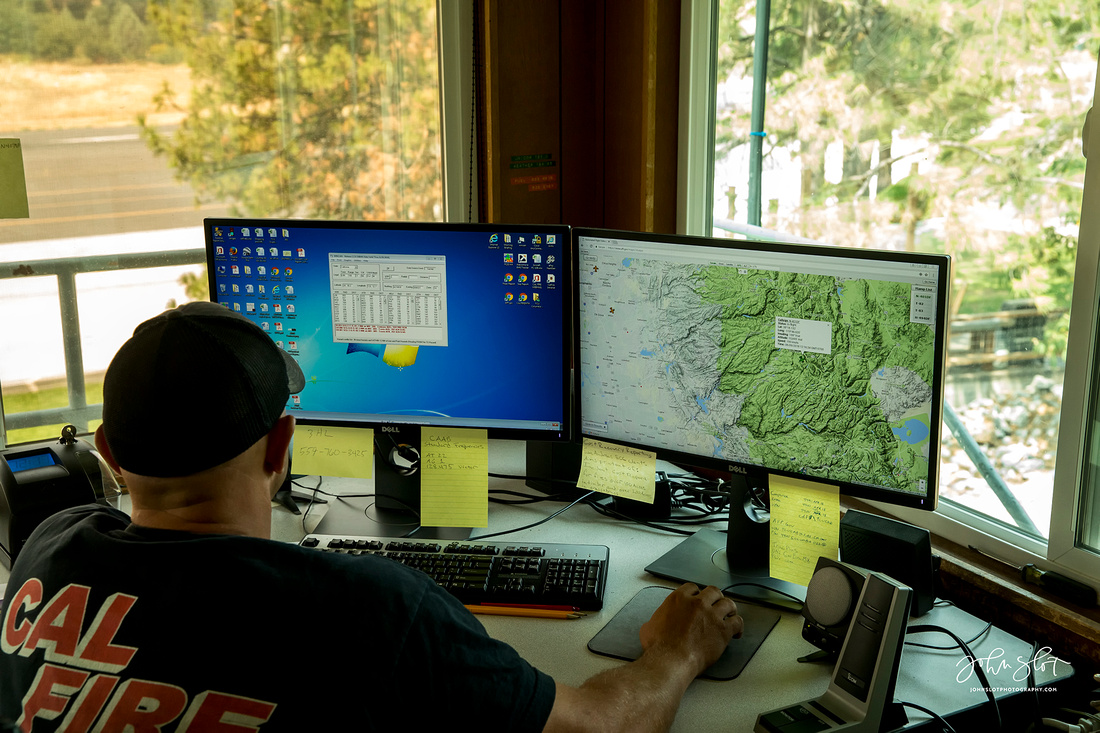 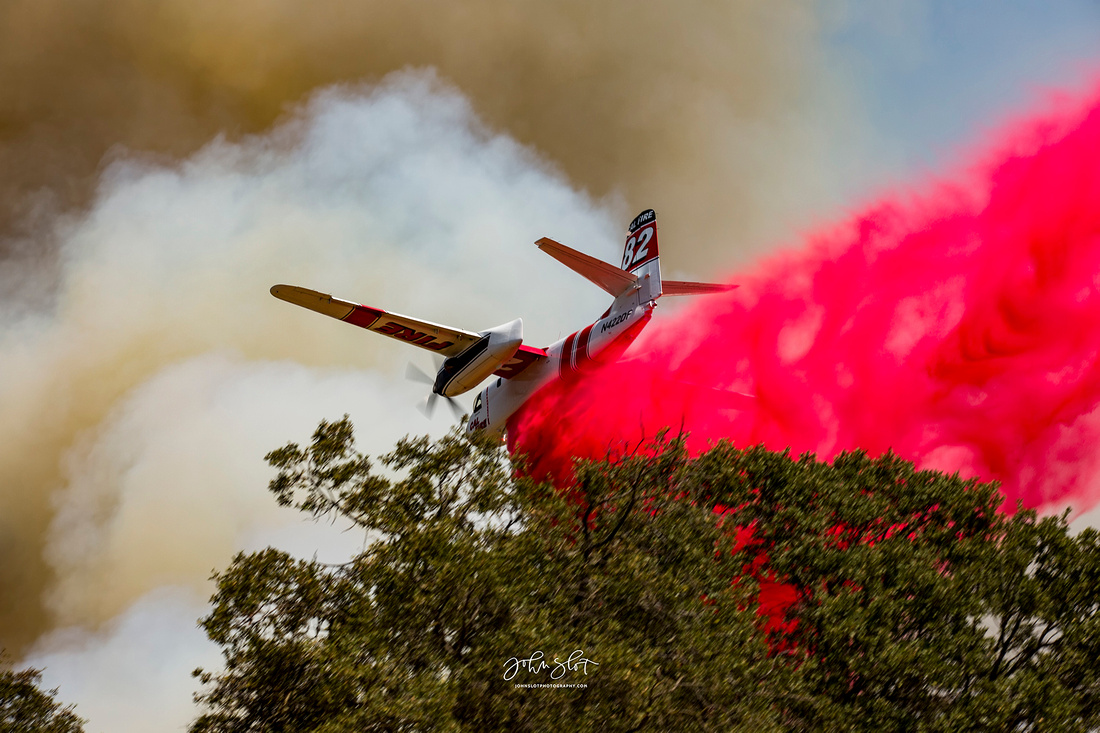 1 – BASE MANAGER – CAPTAIN OR ENGINEER

AVERAGE FIRES RESPONDED TO PER SEASON:  150 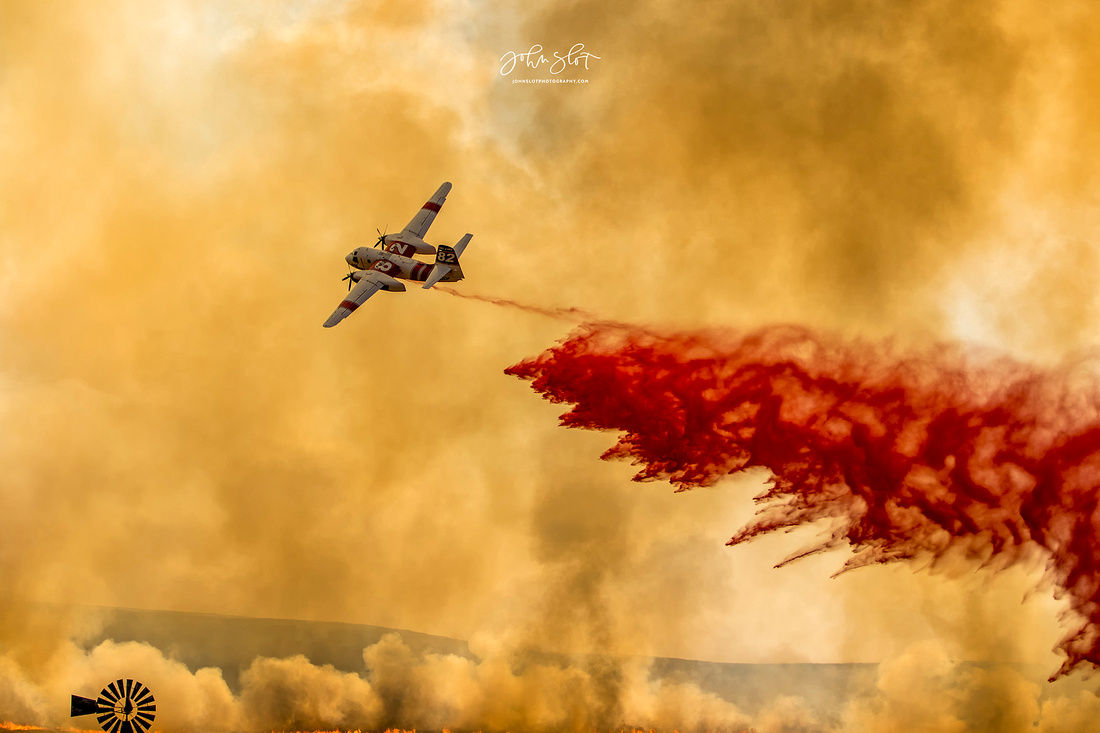